“Bacteria, some multi-celled organisms, but nothing complex. Nothing sentient.”

Captain Dalmar nodded, and the technician’s projected image blinked out. She stood alone on the bank of a river. It rushed, boisterous, from the mountains behind her and off into a rolling plain, the water twinkling with the light of two small moons. The night was fresh and cool, but nothing hunted, or crawled, or flew. No tree broke the horizon, no grass rustled in the breeze. No soul had ever been touched by this vista.

Another planet nearly identical to Earth — gravity, atmosphere, temperature, soil composition — another dead rock with nobody home. For Dalmar, this was number 165. For humanity, this was dead world number 10,380.

The comm on her wrist beeped. “Go.”

The face of her XO hovered in the air over her arm, lines of concern bunched up between his eyes. “Everything okay, Captain?”

She sighed. “I read a lot of space fiction as a kid. The really old stuff, if I could find it. Spacefarers were always meeting other species and fighting, or trading, or getting into crazy politics. Joining a bigger, I don’t know, family.”

Temujin smiled. “My favorites were the ones where we’d find ancient artifacts from an earlier civilization. They’d leave behind markers carved with their story, or transportation devices, and the humans would rush along trying to learn what happened to them.”

“Yeah, I liked those, too. It was a lot better than this…”

Dalmar looked away, listening for a sound on the wind. All she heard was emptiness.

“Ever wonder if we’re that ancient species, Temujin? Sometimes I’m afraid there’s no one to find. Maybe we’re the first ones out here. Maybe humanity is destined to grow old and bitter while we wait for the Universe to catch up to us. Maybe we’re wasting our time.”

She glanced at the Lieutenant Commander’s face. She saw something like horror pass across his features. Then he cleared his throat and composed himself.

“Yes, well. I wouldn’t say that too loud, Captain. I called to inform you the final geothermal pillar is in place. The imaging sensors will be powering up shortly.”

“Already in place. If anything moves nearby, we should get images. If it’s sentient, the archive will explain how to find us.”

“Great. I’m heading back to the shuttle now. Be ready to jump to the next candidate when I reach the ship.”

This site uses Akismet to reduce spam. Learn how your comment data is processed. 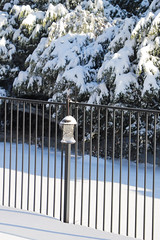 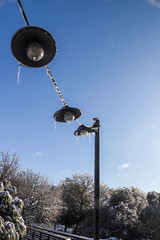 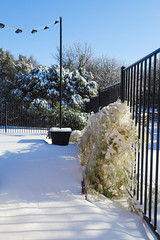